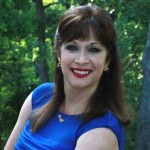 Sandy Moriarty was born in Chicago, Illinois. She moved to St. Louis at the age of six with her family. Her mother and father were immigrants at the age of 18 to the United States from the Holy Land. She is one of six children. She began taking photographs passionately at a very early age due to her fascination with nature and the ability to capture a moment in time. Her earliest photographs were of farm animals and passersby.

Self taught, Sandy uses her art to express the emotive side of her subjects. Working from her love of nature and people, she captures that which is unique. Many of the photographs are snapshots in time, reflecting the outer essence of an object at that moment.

Her other photographs, however, exhibit the subtle mystique inherent in a particular subject by all of that object’s intrinsic beauty and detail. From her nature scenes, which induce feelings of warmth and emotion to her portraits which capture the personality of each individual, Sandy uses her expressive style to lasso the attention of the viewer.

Sandy’s passion for photographing lilies and butterflies evolved from her long love affair with nature. She spends hours at a time appreciating the intricate patterns and complex relationships found in nature. She is continually inspired to capture nature’s beauty at its finest moments, whether it is in the midst of a snowstorm, an impending thunderstorm, or during the change of seasons.

From her own multicultural upbringing, Sandy is inspired by various other cultures. Her most recent works capture the culture of the Native Americans, their spiritual beliefs, and their passion for costume and dance rituals. Her studies of the world’s numerous religions inspire her to capture people of all cultures in their indigenous attire as they dance to the music of their country.

Sandy has traveled to various other countries around the world. Her travels have enabled her to convey the beauty of the many sights, the people, and the mystical brilliance of each place she has traversed.

Sandy’s fine art website, has won the Art Space-2000 World Web Award – 2004 for creativity and overall design, and her professional photography has won the ProFotos – 2004 Award for Excellence in Imaging and design.