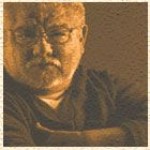 I was born on June 16, 1947, in Houston, Texas, of mixed ethnic heritage; a father from Monterrey, Mexico and a mother from Palermo, Sicily (Italy). However, my formative years were spent in the Lower Rio Grande Valley of Texas.

My formal introduction to photography came about in the mid-60s; when the United States Marine Corps thought I was best suited (at least, for their purposes) to be a photographer.

Then, while attending Pan American University (now known as the University of Texas-Pan American) on the G.I. Bill, I enrolled in several advanced photography classes. I also secured a part-time job as one of the university’s Work-Study (student) photographers for that institution’s various publications.

Since graduating from college in 1972, I have earned my livelihood in “corporate America,” and upon becoming gainfully employed, photography was only pursued as a hobby. However, seeking a sense of accomplishment … which was non-existent in my life at the time … I re-initiated my “avocation”, as a photographer in the mid-1980s. I’ve been attempting to capture artistic photographic images ever since.

My additional photographic skills have been acquired through trial and error and by reading countless magazines and books; supplemented by enrollment in numerous workshops and seminars. The two most significant influences, to date, have been my participation in the photography programs of the following: