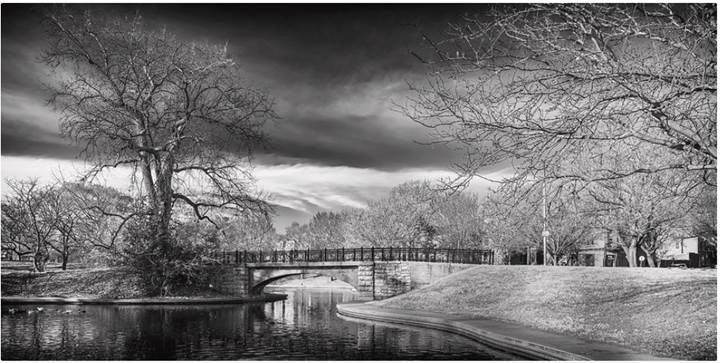 Benton Park is a neighborhood in southside St. Louis, Missouri, just west of the Soulard neighborhood. The official boundaries of the area are Gravois Avenue on the north, Cherokee Street on the south, I-55 on the east, and Jefferson Avenue on the west. Benton Park is unrelated to Benton Place, a private street located in Lafayette Square, St. Louis.

The area now comprising Benton Park proper was first used as the City Cemetery, from 1842-1865. Those buried in the cemetery were relocated in 1865, and the neighborhood was created on June 25, 1866, by city ordinance. The site of the park was originally 17 acres, but was reduced to 14 1/3 acres to accommodate perimeter streets. Noted horticulturist Edward F. Krausnick landscaped the park, incorporating a greenhouse, a footbridge, and two ponds. The park was used for botanical instruction and community activities and today is a popular recreational area. Originally named City Park, the park was later renamed after Thomas Hart Benton, the first U.S. Senator representing the people of Missouri.