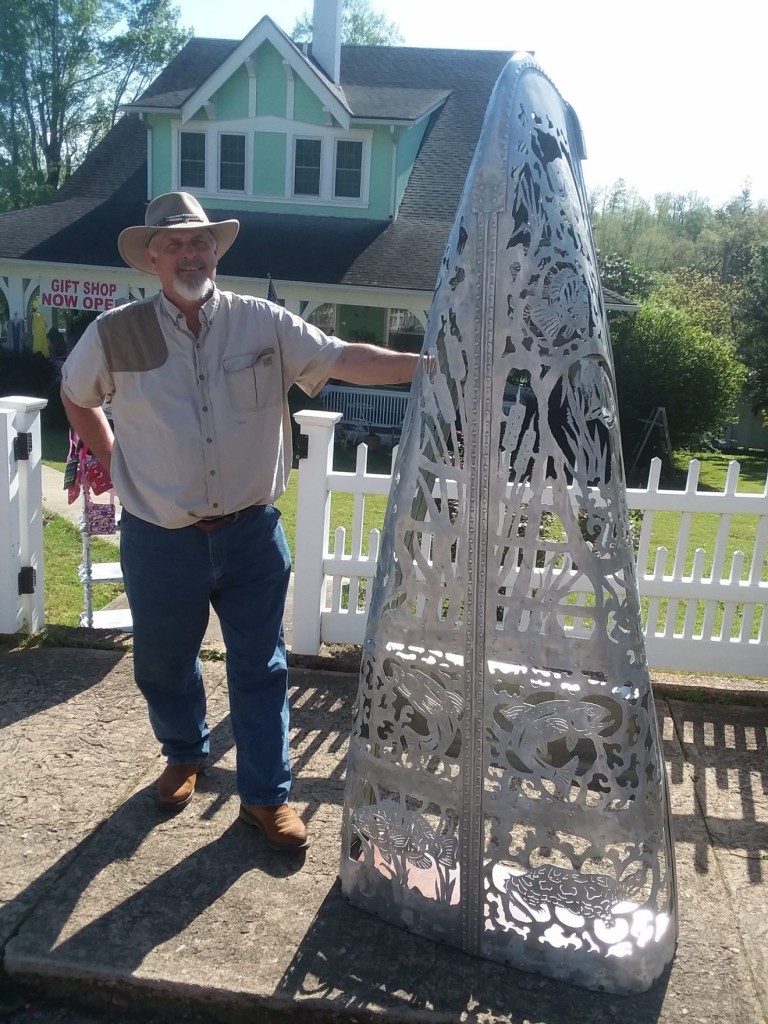 A canoe is intrinsically beautiful, even more so when it’s gliding. But in the end it’s a vessel, the way to a place unreachable by SUV or plane or even a noisy, heavy motorboat, a place where the water is white, coffee-colored, turquoise, or as clear as Fiji’s.

It’s the way down tiny, twisty Ozark Mountain streams, where brown and rainbow trout are tucked behind rocks. It’s the way, first balanced on your shoulders and then balanced beneath you, to wilderness lakes too small for a floatplane to touch down and too far from roads for a Lund. It’s the boat nimble enough to negotiate Pennsylvania whitewater and large enough to lug a week’s worth of gear. Then the day comes, as it does with an old dog or an old friend, when it’s hit its bag limit of rocks or been bettered by faster, lighter modern models. So, what do you do?

If your canoe happens to be aluminum and you’re Bob Parker, 61, of Raymondville, Missouri, you reach for your black Magic Marker, a plasma cutter, and a wire brush on an angle grinder and you remind yourself and everyone else of where that canoe took you, of the dragonflies that alighted on its bow, of the eagles that circled over it, of turtles that slid off rocks as the canoe approached and fish that flopped on its floor. It’s not like Parker had a grand plan to turn aluminum canoes into art. Like many other artists, he was accidentally inspired.